her spirit will be our guide on the way

This show will open on Friday, December 4th from 5-8PM. Enjoy the first look at the exhibition and chatting with the artist over drinks and appetizers. After opening night, Jones-Carter Gallery will be open each week Tuesday-Saturday from 11AM-5PM with free admission. Hear from the feature artist below:

Learning to (re)member the things we’ve learned to forget is to also recognize in cultural memories the work of the spiritual, the energy that enables us to create something new, different, necessary. That is the work of a spiritual activism that (re)members.

The most honored member of a tribe is its griot or storyteller as they are believed to be the keepers of memory. Through mask making, fabric design and wall paintings I am holding memory for Breonna Taylor, Korryn Gaines and Sandra Bland. Using the bold bright colors and pattern references from Dutch wax print along with the hidden layers of meaning and symbology translated through patchwork quilts, a medium most affiliated with making do with what you have to create covering and safety, each frame is assembled together to share a cohesive narrative of loss and restoration. Watermelon seeds, cowrie shells, braided hair, sparrows and Black-Eyed Susans encode symbolic knowledge and covert social protest for freedom, power, femininity, spirituality, community, protection, cleansing, continuity and deep trust. From an indigenous worldview, d­­uring times of civil unrest and momentous change seeking to commune with the animal world or outer realm to engage with the human world or inner realm can serve the purpose of radical transformation. By amalgamating these women with animal forms, I seek to participate in the ritual of shapeshifting and to engage with the supernatural for the purpose of community healing and social justice through spiritual activism. 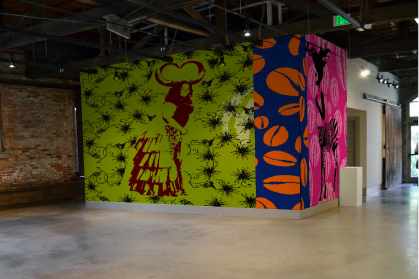 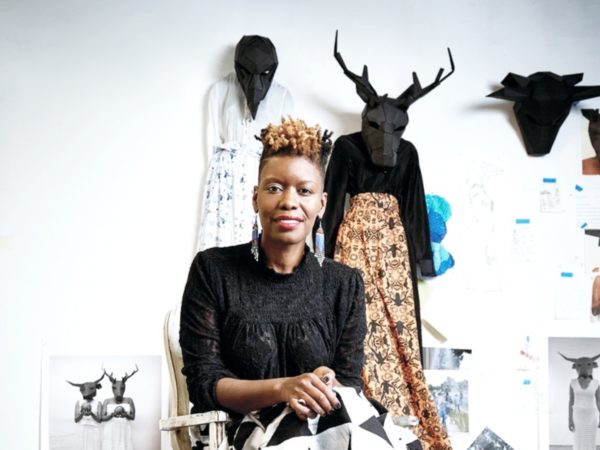