Walking into David’s Cianni’s alternate universe might evoke a memory of the first time you heard the soundtrack to the movie 2001: A Space Odyssey or saw one of the epic Star Wars movies. In both of these iconic science fiction films, and in Cianni’s M-BORA, a new world order is suggested through an imaginative interpretation of space, time and travel.
The M-BORA began as a tightly conceived body of sculptural work and morphed into the creation of a full-scale installation. A dual tunnel system with sounds and lights housing life size cyborgs and robots and alien critters of varying sizes is the setting for Cianni’s galactic experience. Traveling through a tunnel, the illusion of being inside a spaceship is created by the individual docking stations, an unconventional suspension floor and a series of gothic arches culminating in a potential black hole.
While the fantasy of Cianni’s alternate universe may create exciting possibilities, the reality of M-BORA is that it has a higher purpose – to help save the earth. M-BORA, which stands for metal/bionic/organic/recycled/art, combines the artist’s societal concerns and methodologies for creating the work. Cianni’s skills as a metal fabricator, interest in re-cycling, and his creative impulses converge in M-BORA. 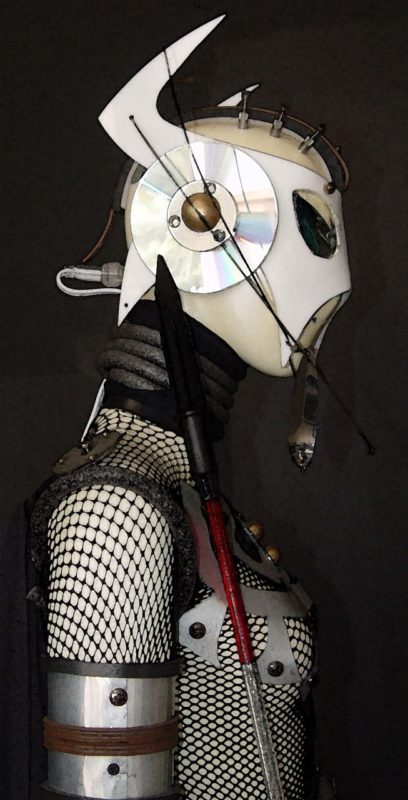 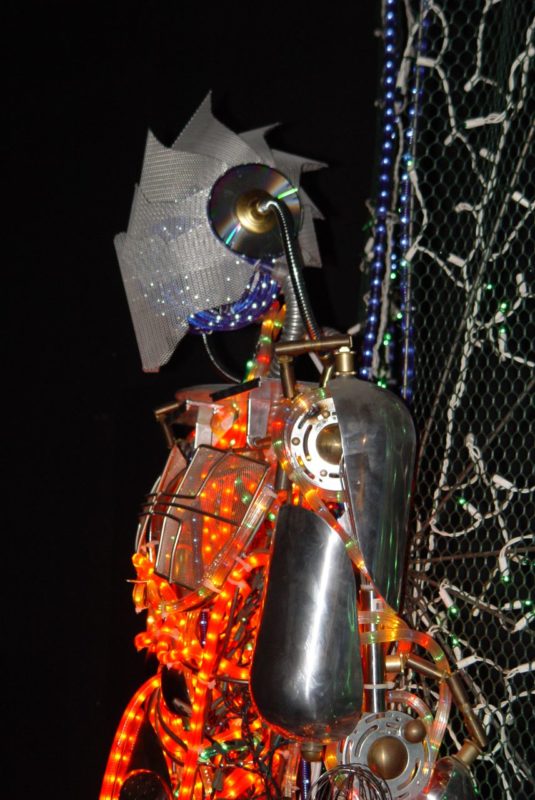 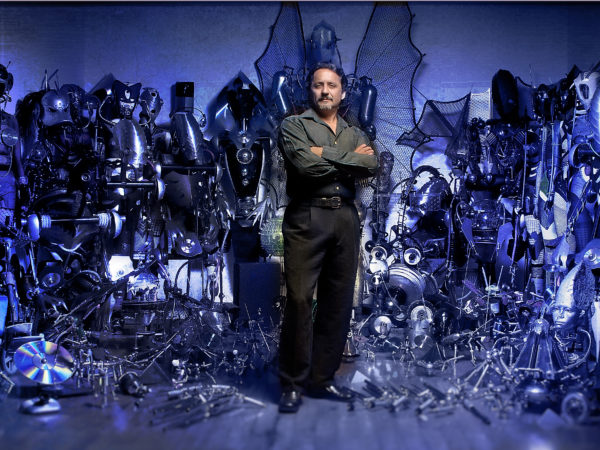 David Cianni grew up in Villa Nueva, Guatemala, where he developed his talent for drawing, painting and handcrafts. He earned a Bachelor of Science degree in Industrial and Mechanical Arts at Instituto Technico Vocacional Dr. Imrich Fischmann in Guatemala. Cianni emigrated to Los Angeles, California, at the age of 17 and became an American citizen. He went to work in a metal shop, where he learned to be a welder. He became the head draftsman and quickly stepped into management. In 1990, he opened his own company, Zenitram Art Metal Work. Zenitram is Martinez spelled backwards and is his signature trademark. He specialized in making ballroom lighting fixtures and furniture for the national and international hotel industry. Cianni's work in the metal fabrication industry showed him the need for extreme recycling, and he became a promoter of reusing the components he encountered in his daily work. Many of the scrap components end up as a part of his artworks. Cianni uses an art technique that blends mechanical components that resemble bionic engineering. They mimic nature's organisms and are made of recycled materials. He calls it “M-BORA” (Mechanical-Bionic- Organic-Recyclable-Art) He goes to extremes to show why we must take care of our planet and recycle, and why all people should get along. He believes that while we are in the process of saving our planet, why not get creative with it?
In 2006, Cianni moved to Aiken, South Carolina, where he continues to do metal work. He currently runs Cianni Art Studio-Custom Metal Art Work. He is involved in the manufacturing of customized components for local corporations and for the equine industry. He believes that through hard work one can achieve great feats and is enthusiastic of what the future holds for his family, his shop and his career. Cianni had a major solo exhibition at 701 Center for Contemporary Art in Columbia, South Carolina, in 2012.