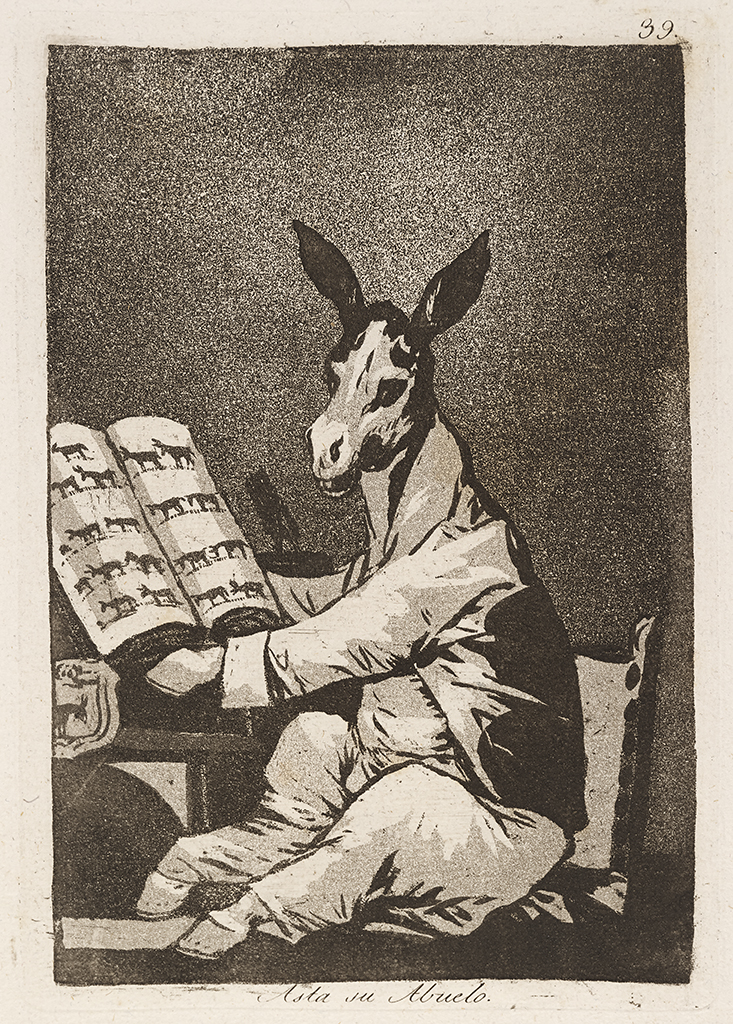 Francisco Goya was born in 1746, in a remote village near Zaragoza, Spain. Goya was the son if a craftsman and minor aristocrat. At 13 he began studying painting then moved to Madrid to work I the studio of his future brother-in-law. He spent two years in Italy, returned to Spain and and married Josefa Bayeu in 1773. They had seven children but only one survived infancy. Goya contracted a severe illness in 1793 which left him deaf. Scholars believe these events contributed to his expressive works marked by vivid faces and gestures of his characters.

The artist lived until age 82 and even in death, he brought drama. His remains were transferred from Bordeaux, France, where he spent the final years of his life, back to Spain. At some point following his death, the story goes, Goya’s head went missing. The bizarre tale, whose truth has been debated by Goya experts, continues to inspire curiosity